I started the year with big plans to do more mileage and be in great shape come 31st July to tackle the Prudential Ride London 100 but things haven’t exactly worked out.

I sit here typing still with a cold that I’ve had for 9 days that has limited any cycling in this great weather….  Bloody typical.  Prior to that it was the wind and rain that put pay to any decent rides but hopefully tomorrow night I’ll get out and start some kind of proper training.

I think I’ll do a week of shorter rides to get my legs back then by the end of June look to be completing the Strava Grand Fondo of 115 kilometres (71.5 miles).  Even if I don’t managed the 71 miles I will get a couple of 50 milers in and aim to get to 75 miles by mid July then taper down distance wise for the big ride.

Last year I completed it with the end of a two day hangover in my system and was painfully slow.  This time around I hope to post a reasonable time around the course, maybe 6:30 hrs, and not feel ruined.

So that’s the plan, get some training miles in and get the distances up.  In a few weeks I’ll get up the Dales and get the elevation in too.  Bring it!!

In 2014 after riding the Selby Three Swans 100 mile sportive route I vowed that I’d be doing no more massive bike rides, after all, who needs to ride 100 miles? But when I got the chance to ride around London on closed roads I couldn’t say no.

I was lucky enough to get a place through the Spinal Injuries Association so as the ride was for charity I had to finish. I was a little worried as Selby was flat whereas London had two climbs – Leith Hill and the more famous (thanks to the London Olympics) Box Hill. 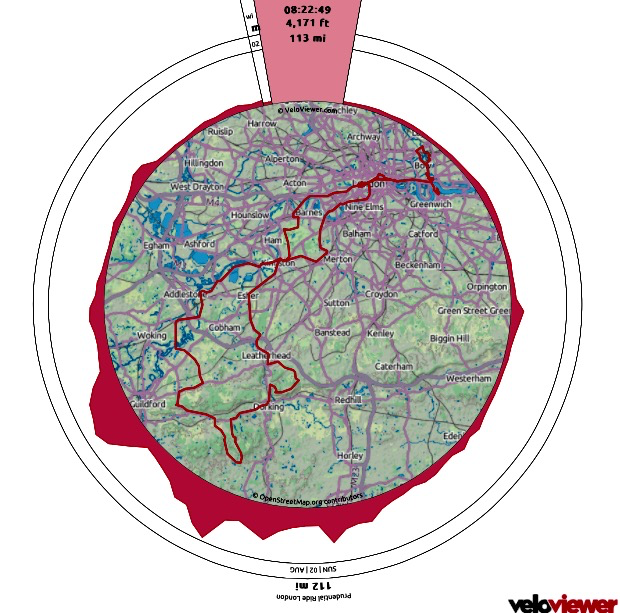 The route unsurprisingly was 100 miles but we had to cycle to the start and from the finish back to our hotel, thus making the total miles ridden on the day to 112. This was a worry considering in 2015 my longest ride before the big day was 65 miles and that was 3 months ago. 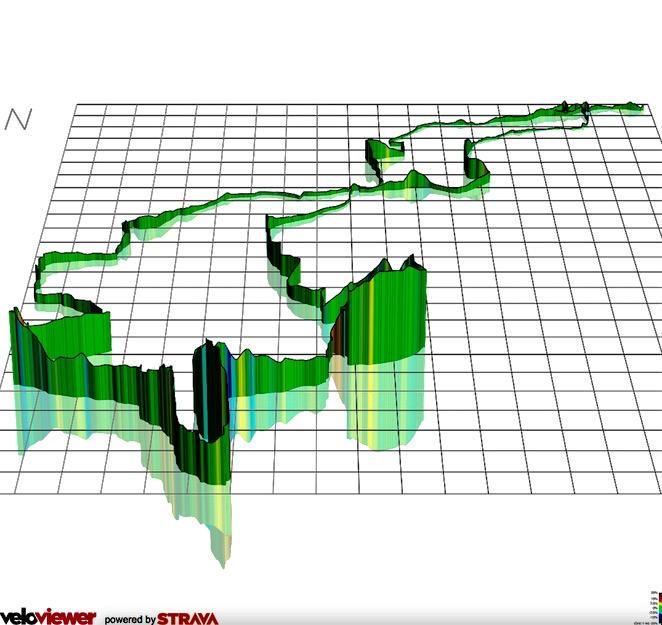 As you can see, thanks to Veloviewer, the route was hilly and encompassed 4 climbs. Prior to Leith Hill there was Something Corner (was in a world of hurt so neglected to look at the sign) and after Box Hill a stinging ramp in Wimbledon that sapped every last drop of energy from your legs. 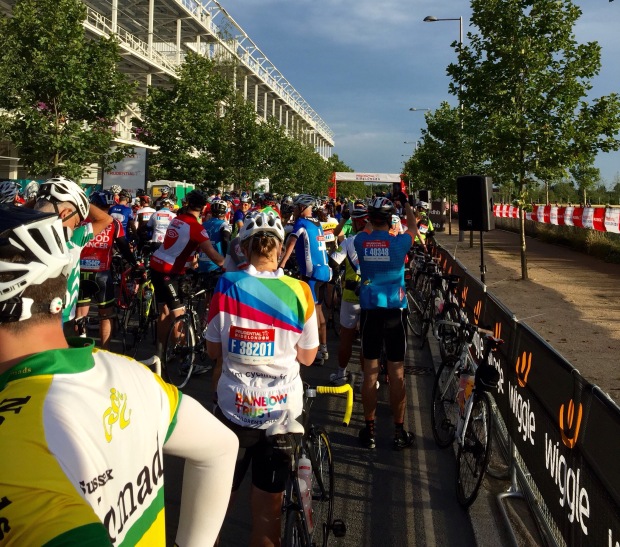 I did the ride with my mate, Farny, and we had to get up at 4:30am to get to our respective start points. I was in the Blue Wave and due to set off at 7:26am. It was a 6 mile ride to the start through Blackwall Tunnel, a route not usually open to cyclists, then to the Olympic Park. 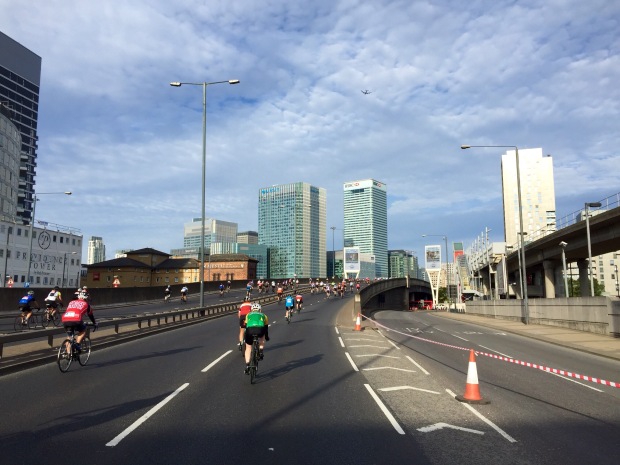 From the start it was past Canary Warf… 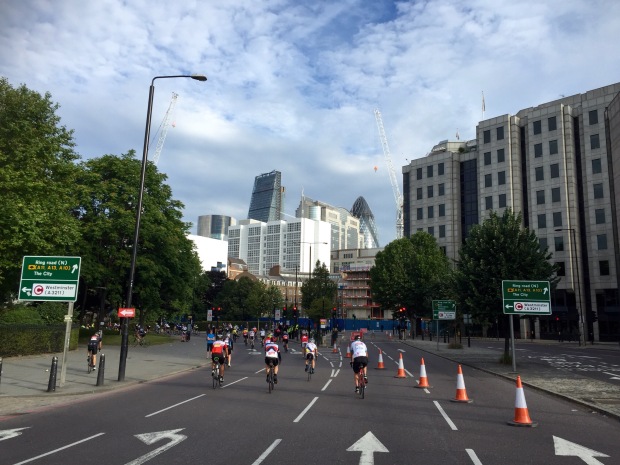 And into the city! 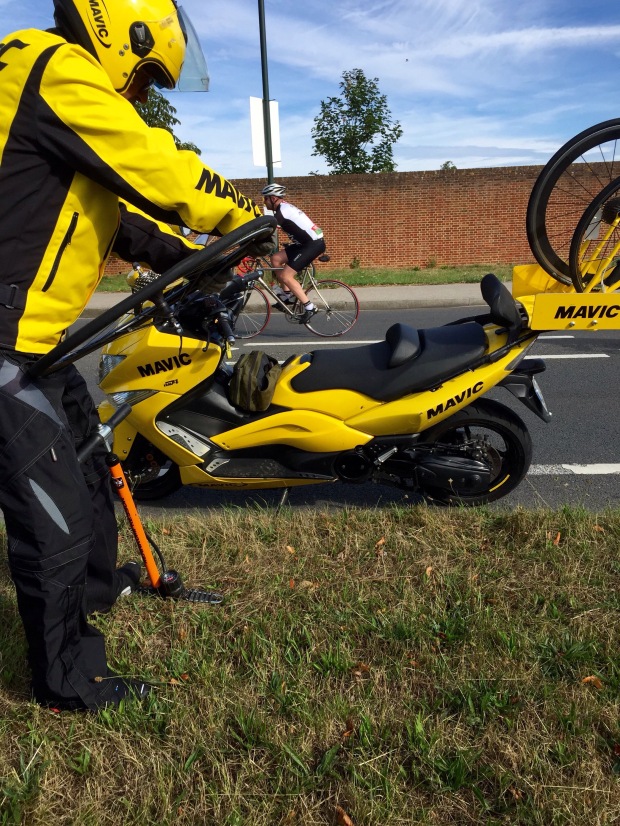 It was amazing riding through the closed roads but after 30 or so miles I punctured but thankfully as Mavic had support bikes riding the course I was up and running after 10 minutes!

Then came the hills. The climb prior to Leith Hill was nasty and surprised a few folk – well if I was overtaking them it must have been a shock – then came Leith Hill. It was the steepest climb of the day with 12% ramps in places. We had to stop half way up the climb as sadly a fellow rider, Stephen Smith, suffered a heart attack part way up and despite the attempts of the medical staff passed away. This part of the course was duly closed and riders who started after us were diverted. 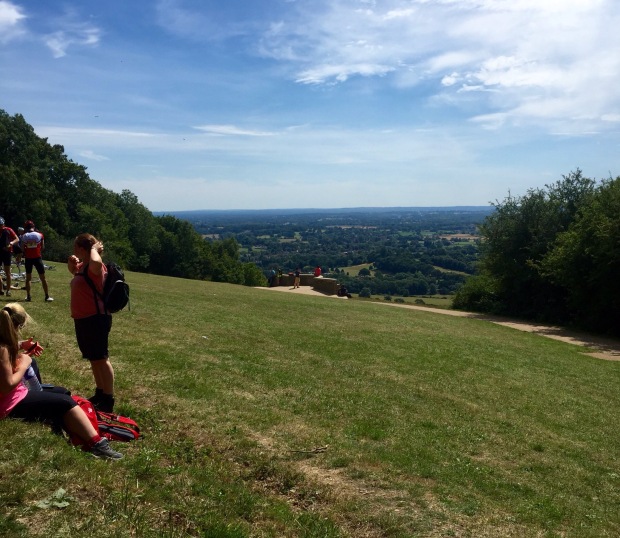 Up next was Box Hill. As you can see from the photo the climb is well worth the effort. It was actually a pleasure to ride up Box Hill with a nice, steady average gradient of 6%. There are no real ramps on this climb so you can tap out a steady rhythm and arrive at the top feeling quite fresh. 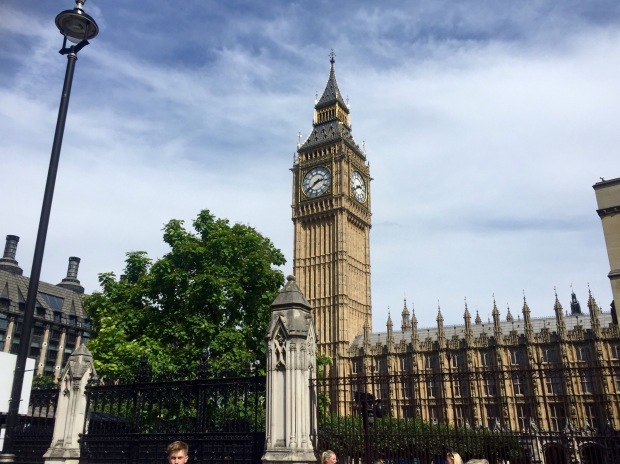 After the hills it was back to the city, past the Houses of Parliment… 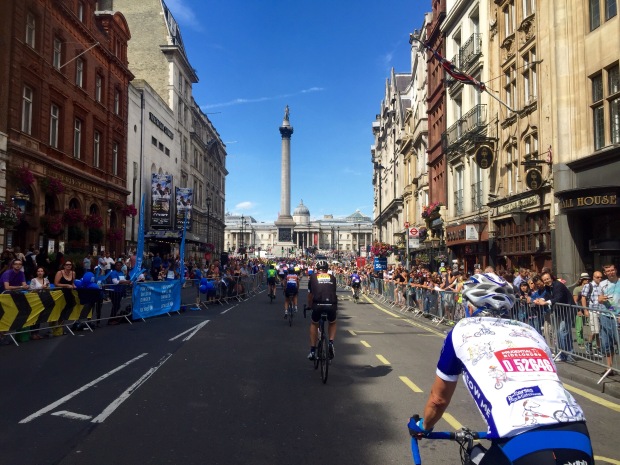 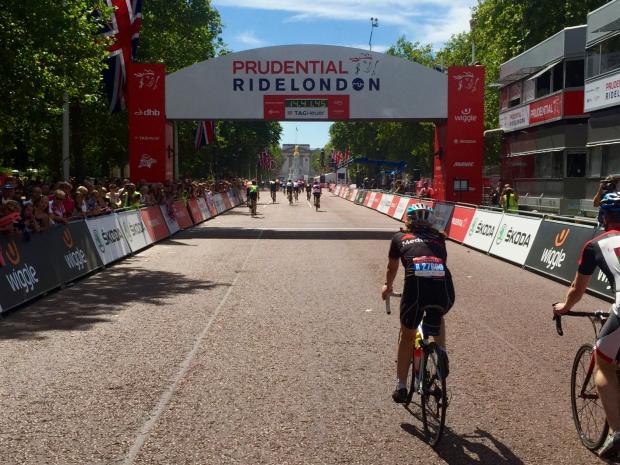 And finally on to The Mall 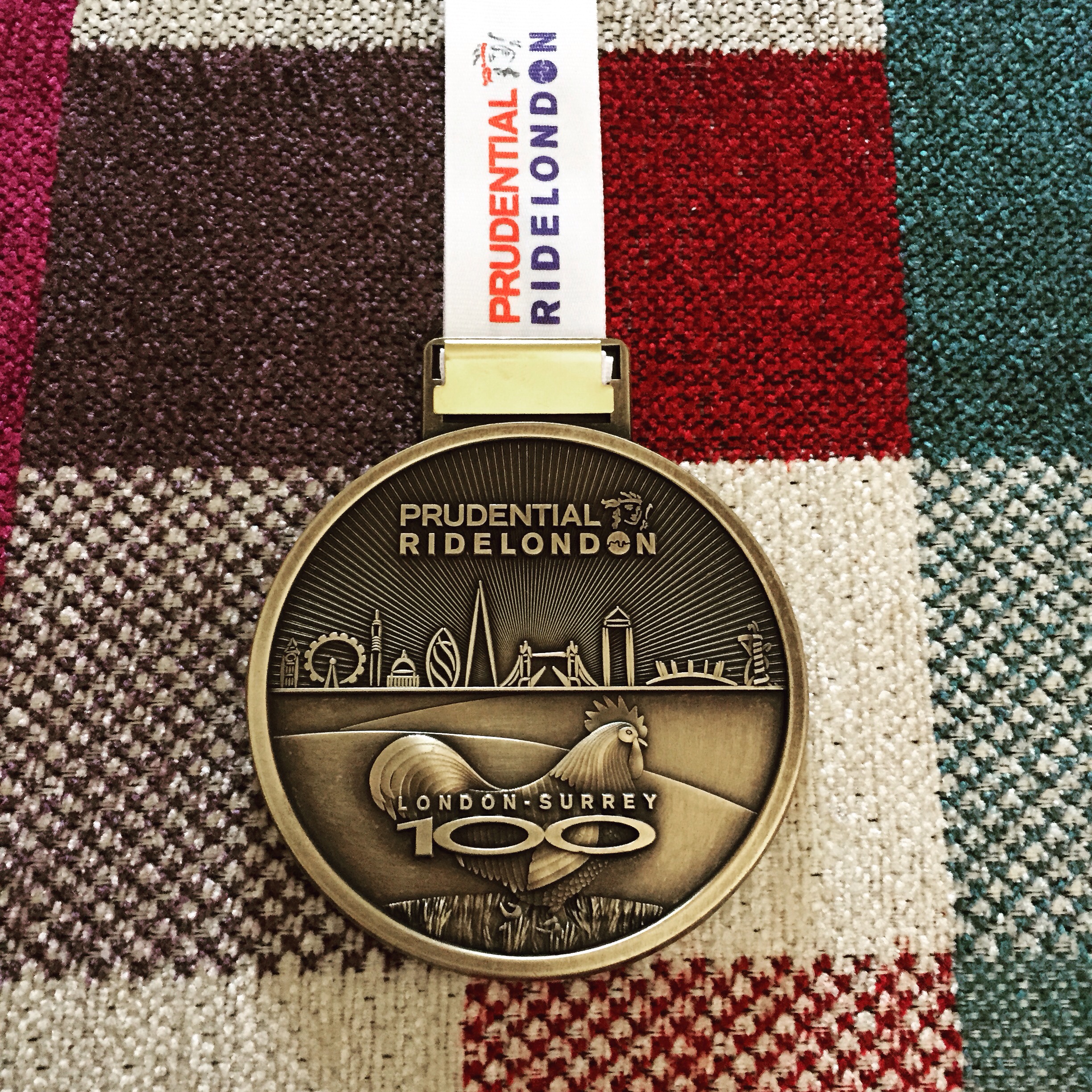 My average speed for the ride was slow, just under 14 mph – I’m pretty sure the feed zones didn’t help. I needed to fill my bottles up about 5 times and the queues were quite large at the water stations but I just set out to complete it, not beat any records. It was a great day out on closed roads with Mavic service assisting!

As you can see from my video at times when we rolled into the towns it was like being in a race. Lots of cyclists on closed roads, marshals and cheering members of the public. It was fantastic.

Thanks to everyone that sponsored me, my in-laws for not minding me skipping the annual family weekend away and to Farny for sorting the trip out. I’ll probably do it again if I get the chance and film the descents this time. And try to get a decent time round the course!

My thoughts go out to the family of Stephen Smith.