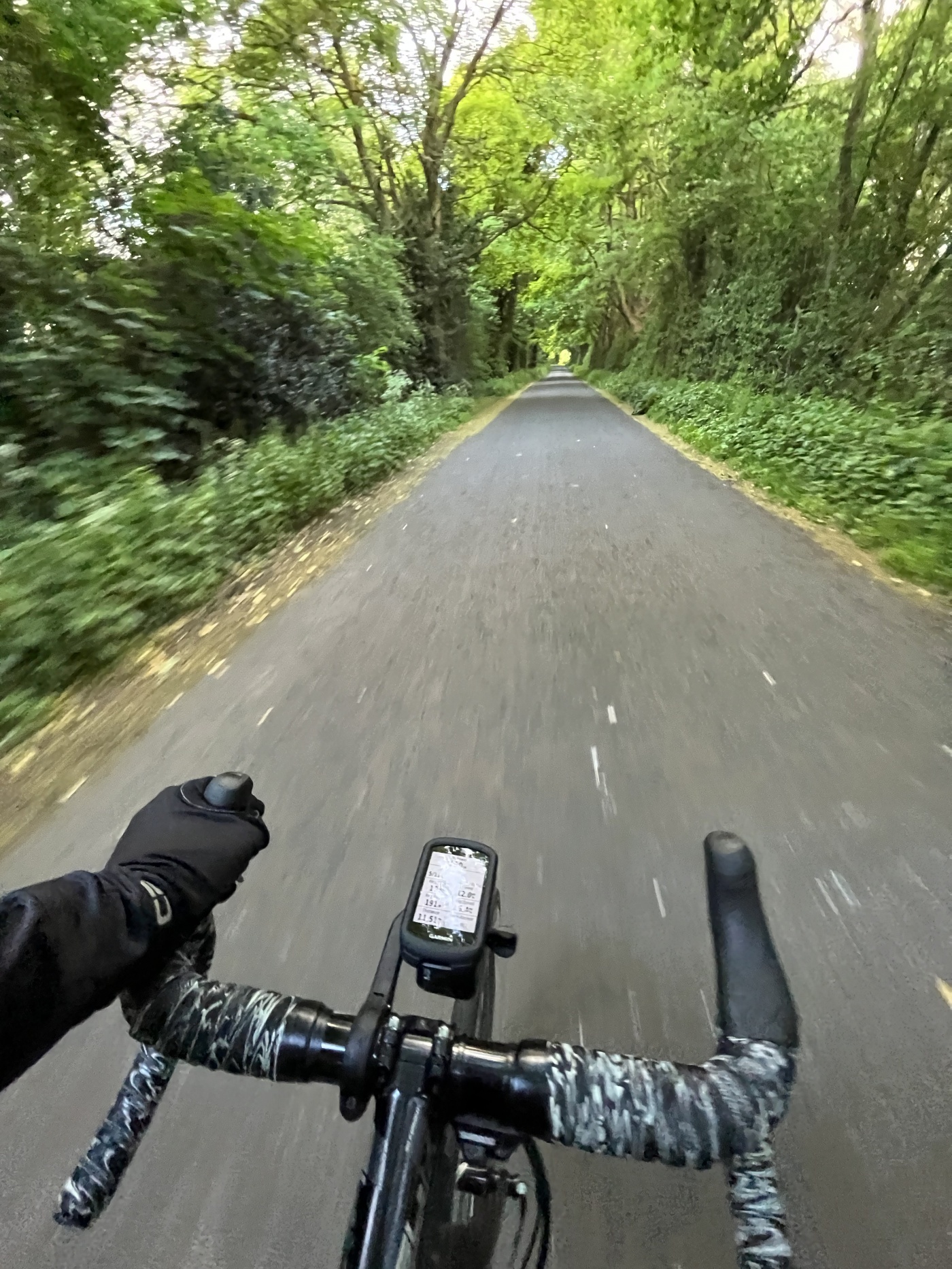 Life being unable to ride your bike is pretty miserable. Felt down all week until I book a session with Tom Howell from Ed Pratt Sports Therapy after a recommendation from Tim. I have never been to a sports therapist before, probably because I don’t consider myself an athlete, but thought it couldn’t hurt to try.

I spent 45 minutes with Tom who chatted about my injury initially and then we did various tests to establish what was the problem. Typically with most of my medical problems over the last few years it wasn’t cut and dry but one thing Tom managed to rule out was a groin strain. That in itself is great news – hopefully the muscles won’t go pop if I continue to ride. Final diagnosis was some kind of tendon issue that should clear up over time. Stretches and going steady for a few weeks was prescribed.

Felt pretty good after that but later that evening I began feeling anxious as I have felt good before riding and the problem came back with a vengeance – maybe I need to go very slow on Saturday and pop a couple of ibuprofens before the ride.

A Saturday ride was planned (flat to Boroughbridge for a butty) so we’ll see how that gets on. As I write on Saturday morning I’m not even sure if I want to go out. It’s so easy to get like that with time off your bike but I know I’m feeling miserable because I’m not riding so ride my bike I will.

The Boroughbridge ride was slightly cut short due to my groin still not being 100% but managed to get 40 miles in with little incident.

Will keep the gentle riding going and see how my injury reacts!

As not much is going on I’m rolling Week 21 into Week 20… The weather has been terrible this week so a 5:30am ride seemed like the only option! 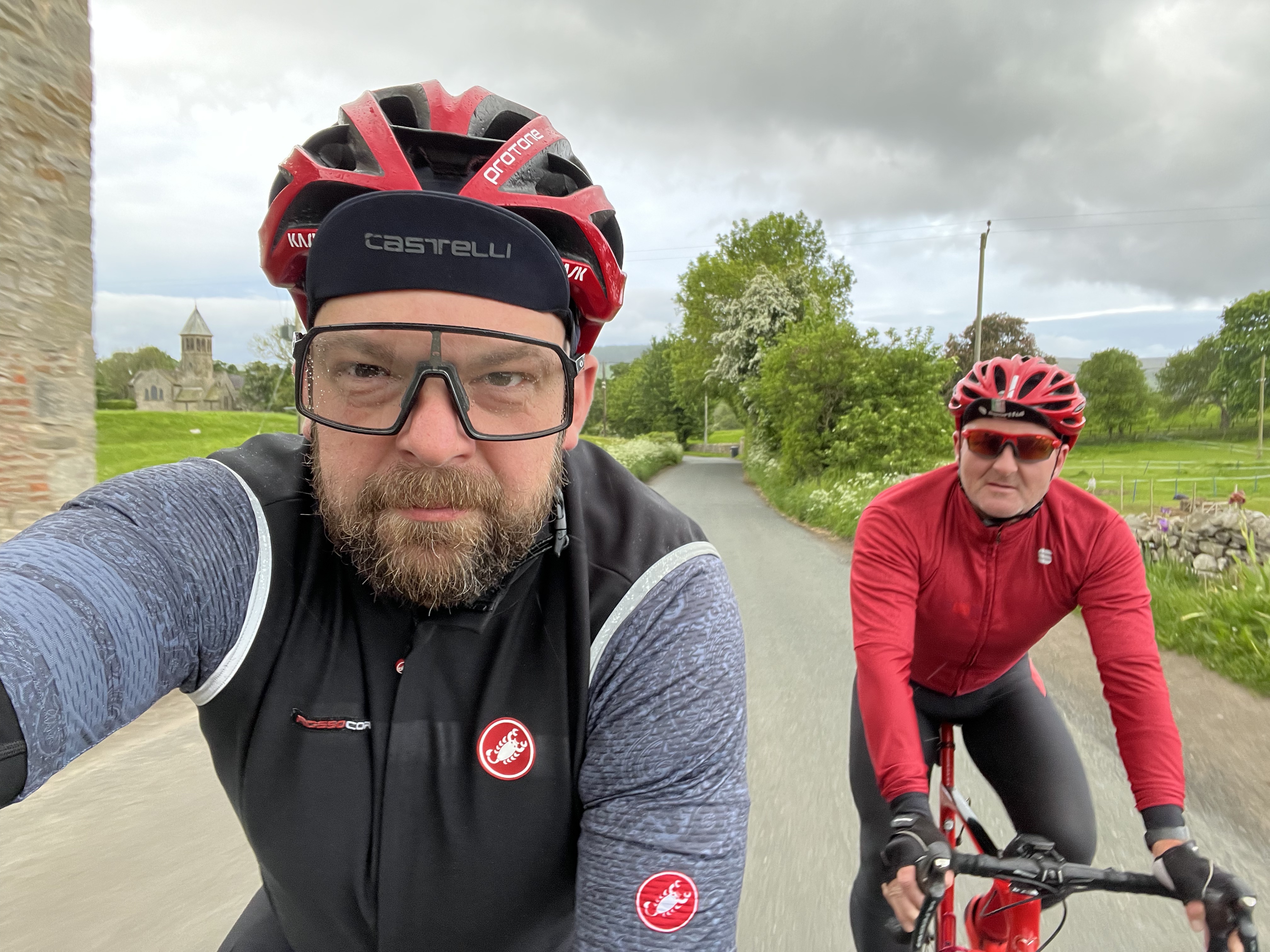 At this point it had got quite windy and a few drops of rain were falling hence the dodgy glasses! Groin was aching but nothing unbearable.

Another 5:30am ride – thankfully the weather had improved today!

Another 20 or so mile ride in the bank. What’s great about these early rides is how great you feel for the rest of the day. I certainly need to do more when fitness allows.

For the last three or four days my groin pain moved around my abdomen and into one of my old boys. I was a bit stressed about this and wondered if it was all connected and there might be something more serious going on so I bit the bullet and booked a doctors appointment.

Contrary to what you hear on the news about GP’s ours is fantastic – I phoned up at 8am and was seen at 8:50am. When in the surgery I was given a full examination and the doctor seemed to think that it was a tendon issue but his advice as it wasn’t getting better and causing additional paid was to totally rest for two weeks. Once I have resumed cycling after two weeks if the pain remains he’s going to book me in for an ultrasound.

Yes, it is bad news that I have to rest, but if it sorts the problem then fair enough. Sadly that means I can’t do the Lincoln 262 as I won’t have done any riding over 40 miles in a month so 162 miles might not be the best thing to take on right now.

I’m looking to resume cycling around the 10th June (Week 23) which will be a very easy weekend and if no serious pain will start stepping it up the week after.

I am gutted about missing the sportive and having around a month off any serious riding but I’m already planning something for August… every heard of an audax lol.

Right, that’s me for a while. Hopefully speak in June with better news.