Thursday 8th October 2020. A day I will remember for an epic ride out in the Dales that won’t be repeated for some time.

No speed records would be broken but neither would my will. It took true grit to get round over all 11 climbs, including suffering chronic cramp climbing the last 4.

The day would start with a drive to Garsdale, Cumbria, to meet my riding partner for the day, Luggy. After a quick brew we headed out up Garsdale Head (No 73, 100 Greatest Climbs) and begun our day on the climbs.

We rode onwards tackling Fleet Moss (No 50, 100 Greatest Climbs) which was the first real test of the day. 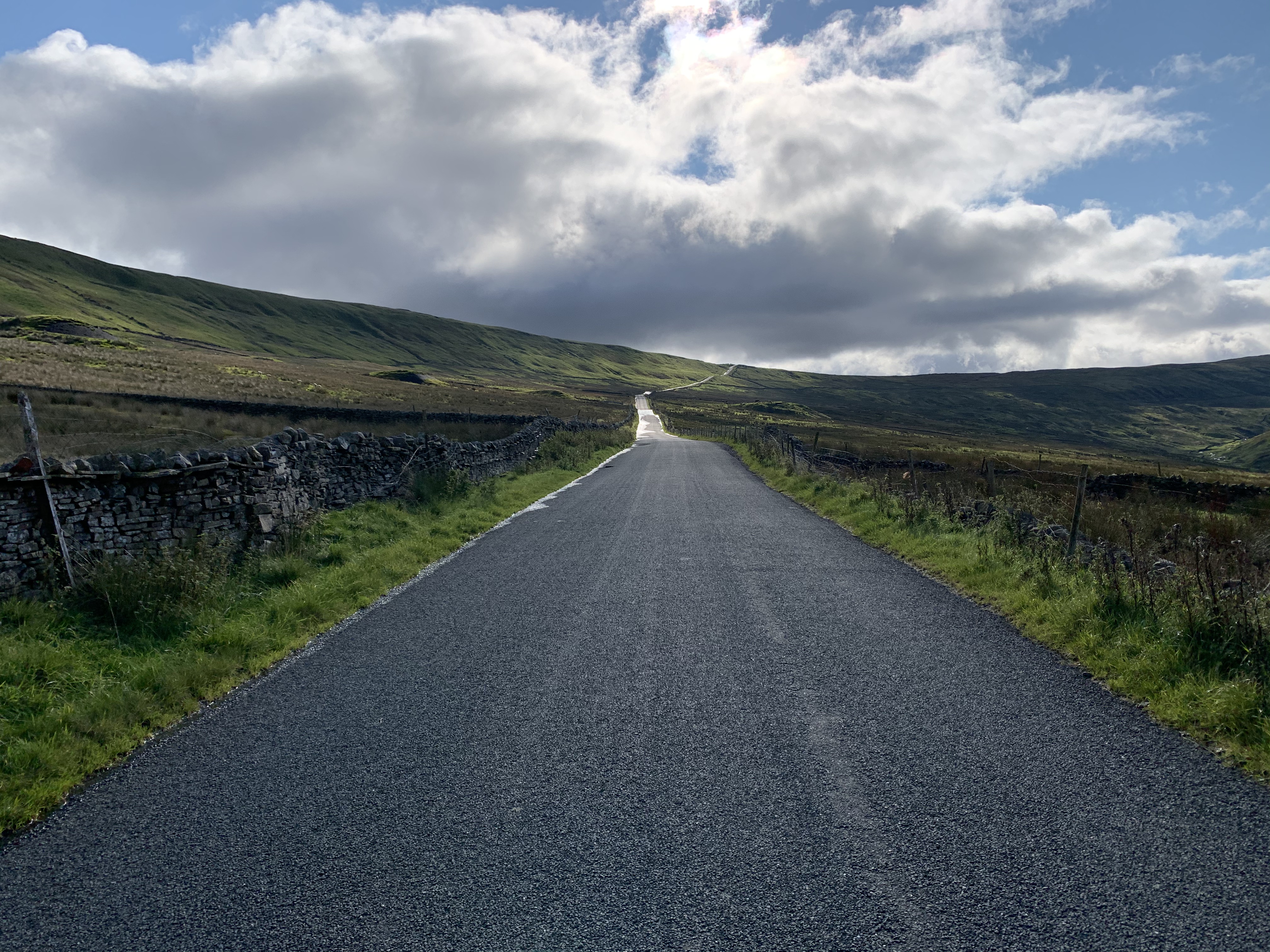 You can just see the road as it disappears over the top of the hill. It ramped up to 25% at the top and took every ounce of effort to power up on the most roads.

From there we descended down and then yet again climbed back up over Kidstones Pass to yet again descend to Aysgarth for a bite to eat.

Our next challenge was Oxnop Scar. We climbed this from Askrigg which meant it did not show as an ‘Official’ 100 Climb but this was the 3rd climb that features in the book that we tackled. It is safe to say that this was the hardest of the day.

The climb starts at 25% and seems to just keep on going up like that for over a mile. Coupled with the intense gradients I started experiencing severe cramp as soon as I applied any power through the cranks. After a lot of pain I eventually reached the top and enjoyed a lovely descent into Muker, leading on to the final climb of the day.

More cramp ensued on Buttertubs Pass (No 49, 100 Greatest Climbs) but thanks to some Froome Juice (look it up) I got to the top a little easier and took the above snap. From there it was a nice descent and a slow cruise back to the van. 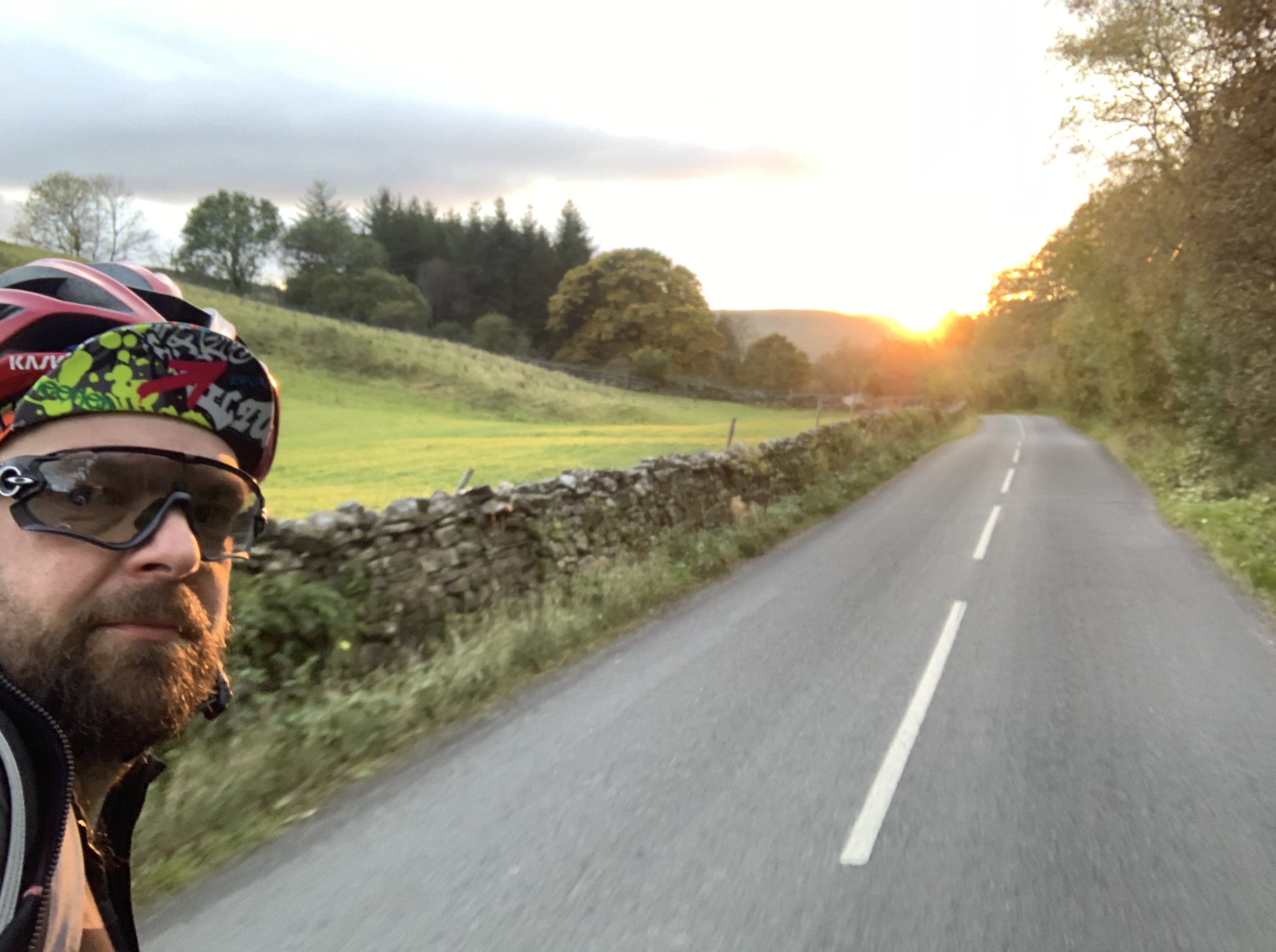 The ride had taken us a bit longer than expected but that meant we got to see a lovely Cumbrian sunset as we approached the end of our ride. 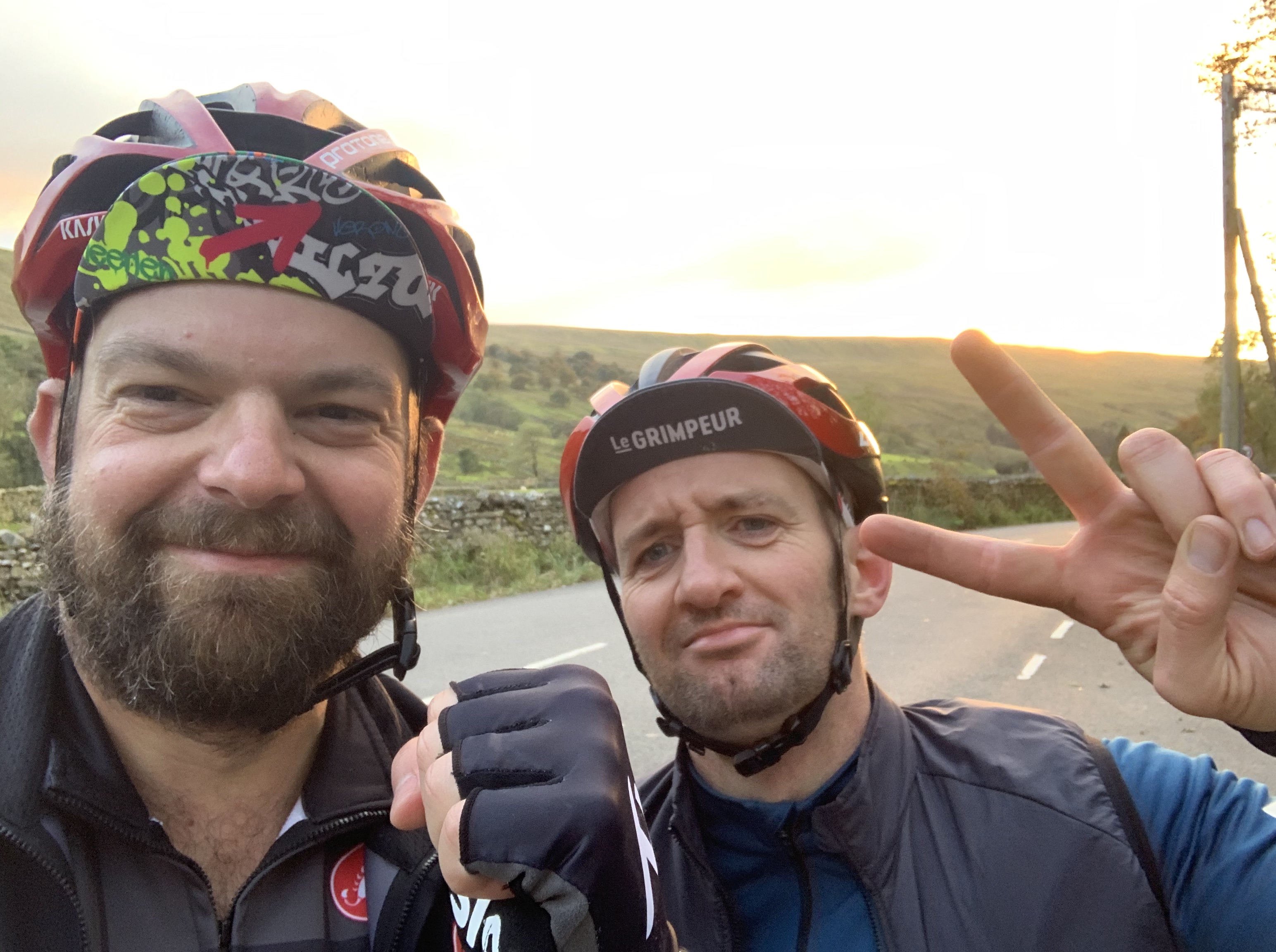 If you want to have a look at the ride the link is here.

One thought on “An Epic Ride”